An innovative motion control concept that reduces complexity and provides modern, intelligent possibilities for IIoT and so creates benefits for OEMs and machine operators. Our smart servo axis achieves up to 20 percent faster cycle times. The solution also shows its advantages in engineering.

Lenze has designed its smart servo axis as a powerhouse with high scalability. The combination of i950 inverter, g700 planetary gearbox and m850 synchronous motor covers high-precision positioning tasks as well as dynamic handling and assembly applications, robotics, or conveyor solutions. At the same time, the i950 presents itself as a comprehensive data source for the Industrial Internet of Things (IIoT) and service models based on it - the smart inverter makes the use of additional sensors unnecessary.

Technical details are available on the product page:

The data-based, automatic tuning of the controller cascade in the i950 servo inverter makes work noticeably easier and improves performance. ​​

Through direct measurement on the real track, the inverter automatically adapts to the system during auto-tuning and is optimally adjusted. The result: an optimised, reproducible controller setting in little time without the need for expert knowledge or experience in the field of control technology.​

The user demands more intelligent and flexible machines. Because efficiency is also supposed to increase at the same time, constant upgrading - more sensors, more interfaces, more computing power - does not lead to the goal. Lenze's answer is: more performance despite less complexity, more data despite less hardware, better services through more intelligence and consistent orientation towards future-proof technologies such as IIoT. The smart servo axis as a strong motion control element in Lenze's automation system combines several approaches that bring time and cost advantages for the OEM and at the same time support the user's productivity goals. Mechanics, electronics and digitalization thus combine to create an intelligent solution.

The Faults and deviations are corrected much faster than with standard inverters on the market. As a result, the target value is restored in less time, and the deviation from normal operation of the servo axis is only minimal. That is because the inverter's optimized kinematics take into account both the drive axis itself and the control path behind it.

During operation, this pays off twice over. On the one hand, there is the high precision in positioning. On the other hand, in the higher speed that can be driven.

This advantage adds up to a 20 percent higher cycle rate viewed over the entire machine. For the user, this means a considerable gain in performance and efficiency!

Future-proof factory automation must take into account the development towards the Industrial Internet of Things (IIoT). But where does the required data come from? The seemingly simplest answer is additional sensors. But they involve a lot of effort: wiring and control systems become more complex, planning and installation costs rise, as do the costs for materials and maintenance.

We are showing that there is another way. Intelligent use of the data already available from the servo axis makes additional components superfluous. Instead, the drive itself becomes a sensor that lays the foundation for services such as condition monitoring.

Data processing for condition monitoring can be handled by the powerful i950 at the edge. However, IIoT also means networking beyond the individual machine, for example to monitor different systems together, to maintain different locations centrally or to benchmark. Such more complex tasks are usually handled via cloud services that enable the use of machine learning (ML) and artificial intelligence (AI). A simple way to transfer data from the powertrain to IIoT is therefore essential.
With the x500 gateway, combined with the X4 Remote platform, machine builders receive a ready to use cloud solution from Lenze that includes continuous condition monitoring, remote machine maintenance and user-friendly asset management. OEMs and users are free to choose the cloud provider to build their IIoT platform.

The standardized One-Cable-Technology (OCT) further simplifies the design of the machine. Instead of separate supply and data lines, only one single connection is required. The open motor feedback protocol transmits the motor data digitally. In the case of Lenze's MCS and m850 series drives, for example, it also transmits the encoder signal and motor temperature. In addition, Lenze's OCT package also enables the use of extended safety functions.

This is also part of the "drive as sensor" concept, as encoder feedback is integrated in OCT and motor temperature sensors can be omitted here. Less wiring reduces material costs and saves space in the control cabinet. In addition, potential sources of error are reduced: connection and wiring related failures become less frequent, and finding the cause is easier because fewer options have to be tested.

Lenze showcase from Hanover Fair 2021. With intelligence to more efficiency. Karsten Piekarski is presenting our Motion Control approach. It reduces complexity and provides modern, intelligent possibilities for IIoT and so creates benefits for OEMs and machine operators. In the showcase he is focusing on the autotuning: The data-based, automatic tuning of the controller cascade in the i950 servocontroller makes work noticeably easier and improves performance. 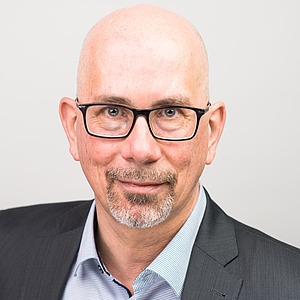